As I’m sat here on Sunday night, begrudgingly resigned to the fact that I have a mere 2 hours left before the monster that is Monday arrives, I’m reminiscing about the dinner I enjoyed at Joe’s Southern in Covent Garden earlier this week. For some unbeknown reason, despite having walked past it probably about 5,000 times in the last few years, I hadn’t got round to tucking into any of their gluten-free, southern-fried chicken…That is, until Wednesday night.  Now, fried chicken makes me excited, but not as excited as it makes my friend Joe, and so when I was told I was allowed a plus one to this tasting it just had to be him that I chose.  Plus his name’s Joe soooo… It would have just felt wrong to indulge in a southern-fried feast with anyone else.

Of the many sharing cocktails on offer, we went for the ‘Honey Roosevelt’, served up in the old man’s face itself: 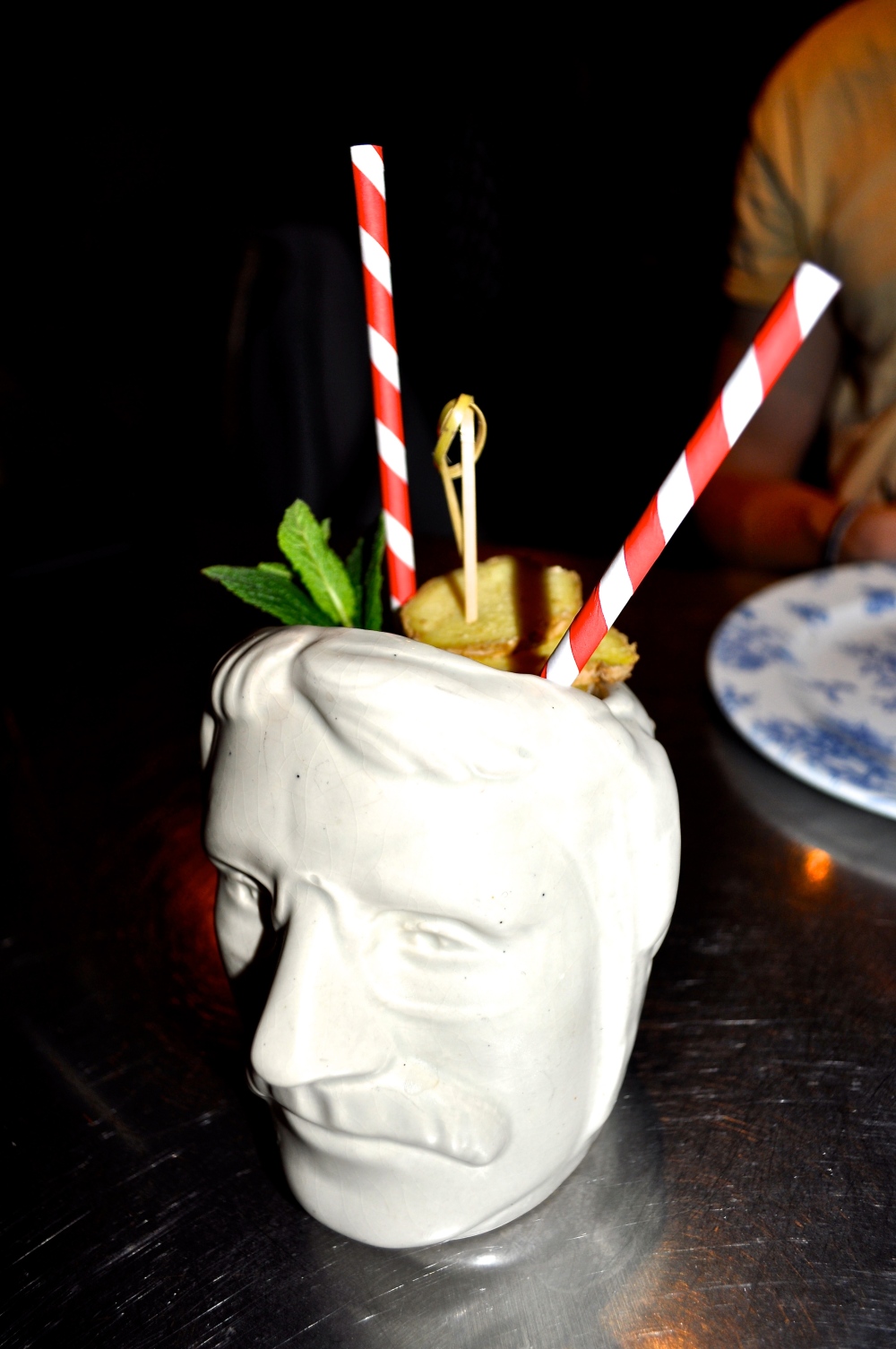 The combination of Jim Beam Honey bourbon, lime juice, ginger, honey, apple juice, ginger beer and Angostura bitters was just my cup of alcoholic tea, and we both agreed we’d order it again, were it not for the fact that we wanted to give the ‘1 Night in Jail’ and ‘Daisy Duke’ a good old glug.  1 Night in Jail is a cracking concoction of Wild Turkey 101, Noah’s Mill, Jim Beam Devil’s Cut, fresh pineapple, lime juice, grenadine, gomme and Angostura bitters, all shaken & served long, while the Daisy Duke is a more flirty affair of Stoli Razberi vodka, Maraschino liqueur, cranberry juice, lime juice and spicy mango syrup, built over crushed ice.  Both went down a treat 😉 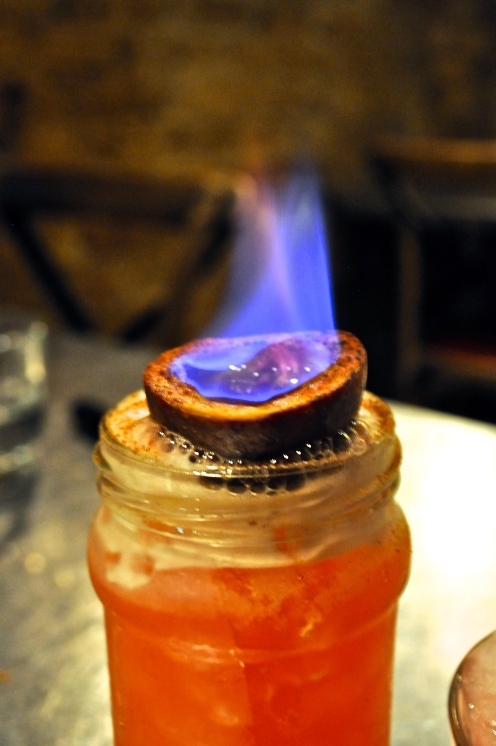 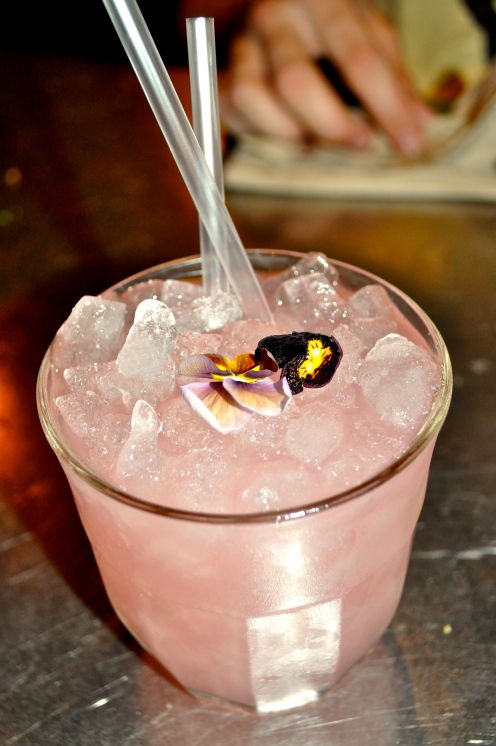 It’s also worth mentioning that Joe’s Southern stocks a ridiculous amount of spirits… The menu seemed to go on forever; no less than 78 different tequilas, 20 different vodkas, 21 different gins, 43 different rums, 31 different whiskeys, and 55 bourbon and ryes will ensure that you enjoy your meal in a very merry manner!

Having given enough attention to my bit on the side (alcohol, not Joe), let’s move on to my one true love (still not Joe, sorry…) the FOOOOOD we ate:

Since we’re both greedy little piglets (maybe Joe more of a boar) and therefore always want to try as much from the menu as possible, we were super happy that the starters were perfect for sharing.  We commenced the feast with the Japaleño peppers stuffed with cream cheese in a tempura batter.  When these were plated up I felt a bit underwhelmed because I knew immediately that the batter wasn’t going to be to my liking.  Tempura should be light and crisp, but unfortunately this batter was heavy and stodgy.  However, if the batter was improved, I would really rate this dish since the strong heat of the jalapeño was balanced out really nicely with the cream cheese filling. 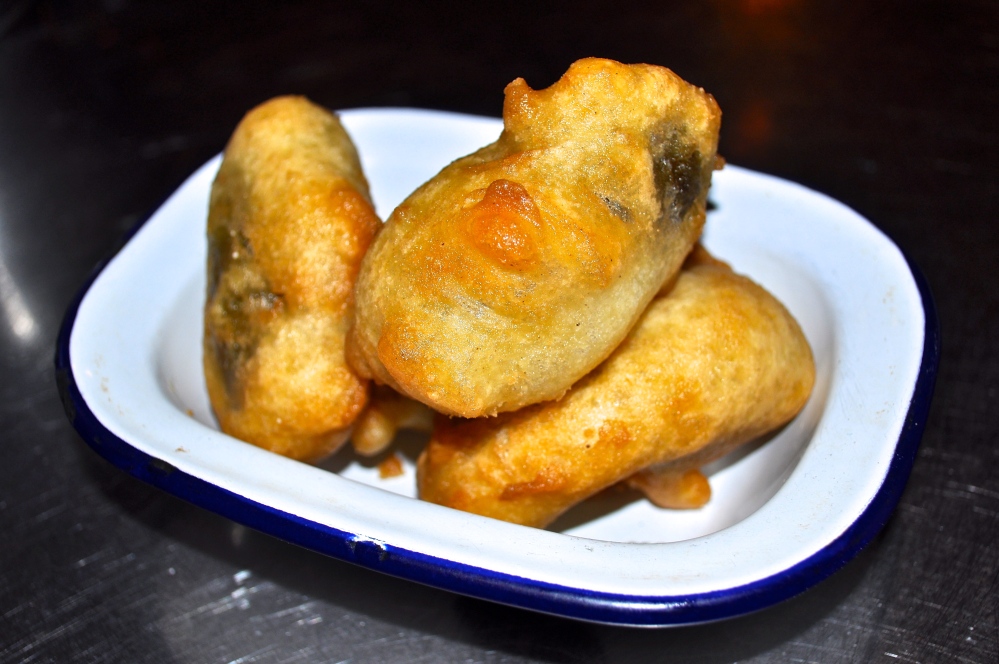 Next on our list of starters were the ‘coq ‘n’ balls’, which just had to be ordered given our childish, sexually-inclined humour.  The menu describes these as ‘chipotle fried chicken balls with spring onion sour cream’, and for some reason, Joe and I were expecting something similar to popcorn chicken, which is not what arrived.  Nevertheless, I actually really enjoyed these balls of moist, chipotle pulled chicken in a dry, crisp, fried coating, and was pleased that they turned out to be something different to the generic popcorn chicken that although I love, isn’t exactly a novelty anymore. The dip also worked really well as an accompaniment. 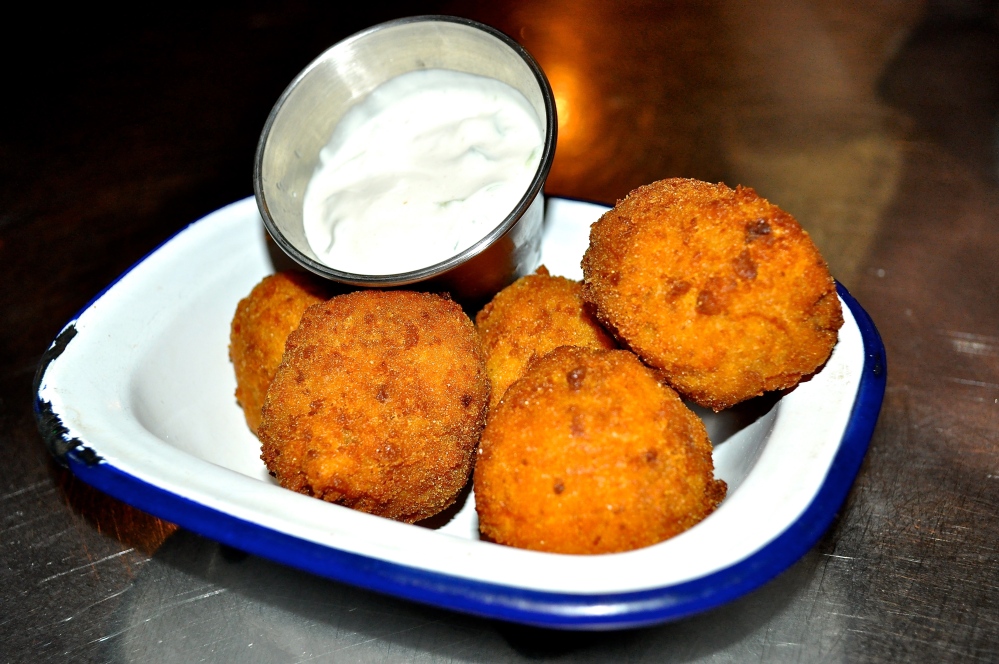 Our final starter was 100% the standout starter, and actually one of my two standout dishes from the entire meal, and it came recommended to me by a fellow food blogger (go check him out on Instagram: OneHungryAsian), and they were the tabasco honey wings.  Ed was right, these were SO good, and Joe and I couldn’t get enough of them.  We expected them to just be chicken wings in a tabasco honey marinade, but they had actually been deep-fried with this glaze and turned out to be an epic marriage of juicy, tender meat covered in a coating that had somehow remained crispy despite being smothered in this delicious glaze. My only criticism would be that I didn’t get much heat coming through from the tabasco.  I’m quite the spice fiend and so usually take this into account, but Joe said he wasn’t getting a big hit of heat either. If you go to Joe’s (Southern, not my friend’s house please), then you absolutely, categorically MUST order these. 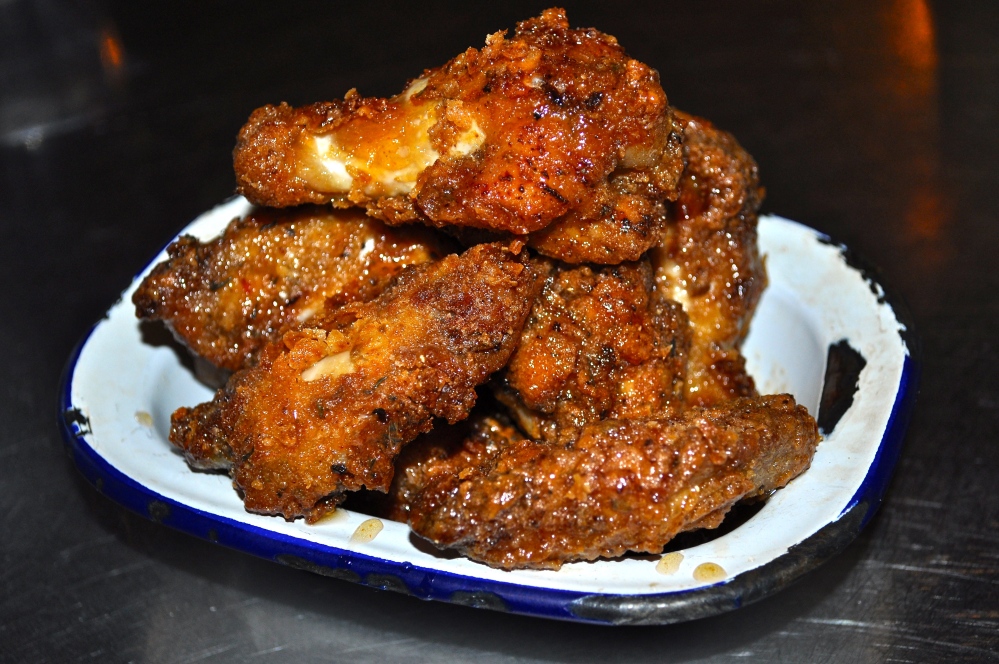 Now, onto the mains… Of course, we wanted to try the classic, southern-fried chicken that Joe’s Southern is famous for and that is described on the menu as ‘24 hour sweet tea brined free range bird with a coating of our secret lemon dust’, and whilst the light coating on these huge pieces of chicken was crisp and just how I was hoping it would be, I felt that there could have been more seasoning in the dish.  Maybe it’s because we were inevitably comparing it to the tabasco honey-induced mouthgasm we’d just experienced, but this hotly-anticipated piece of meat was slightly anticlimactic in comparison. Size isn’t everything, guys. 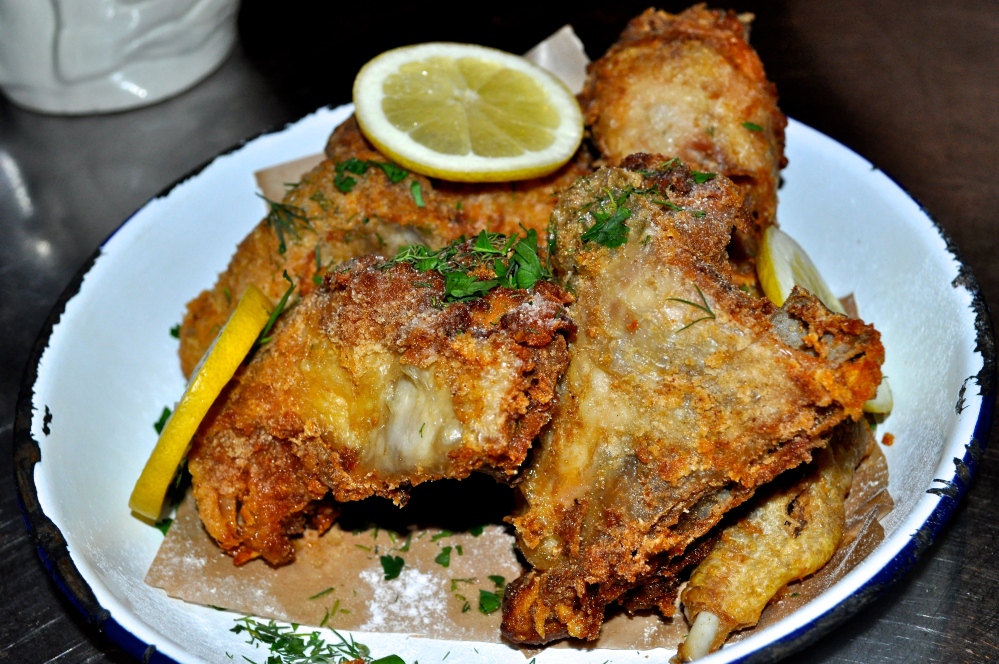 The classic burger we ordered (southern fried chicken thigh, crispy bacon mayo, chopped lettuce and avocado) was okayyyyyyyyy, nothing to write home about.  I wish the bacon flavour had come through more in the mayo, and the fried coating was a bit chewy which was weird given the great texture of the coating on the other chicken dishes we tried, but yeah basically for main course I would go for the main course version of the tabasco honey fried chicken! 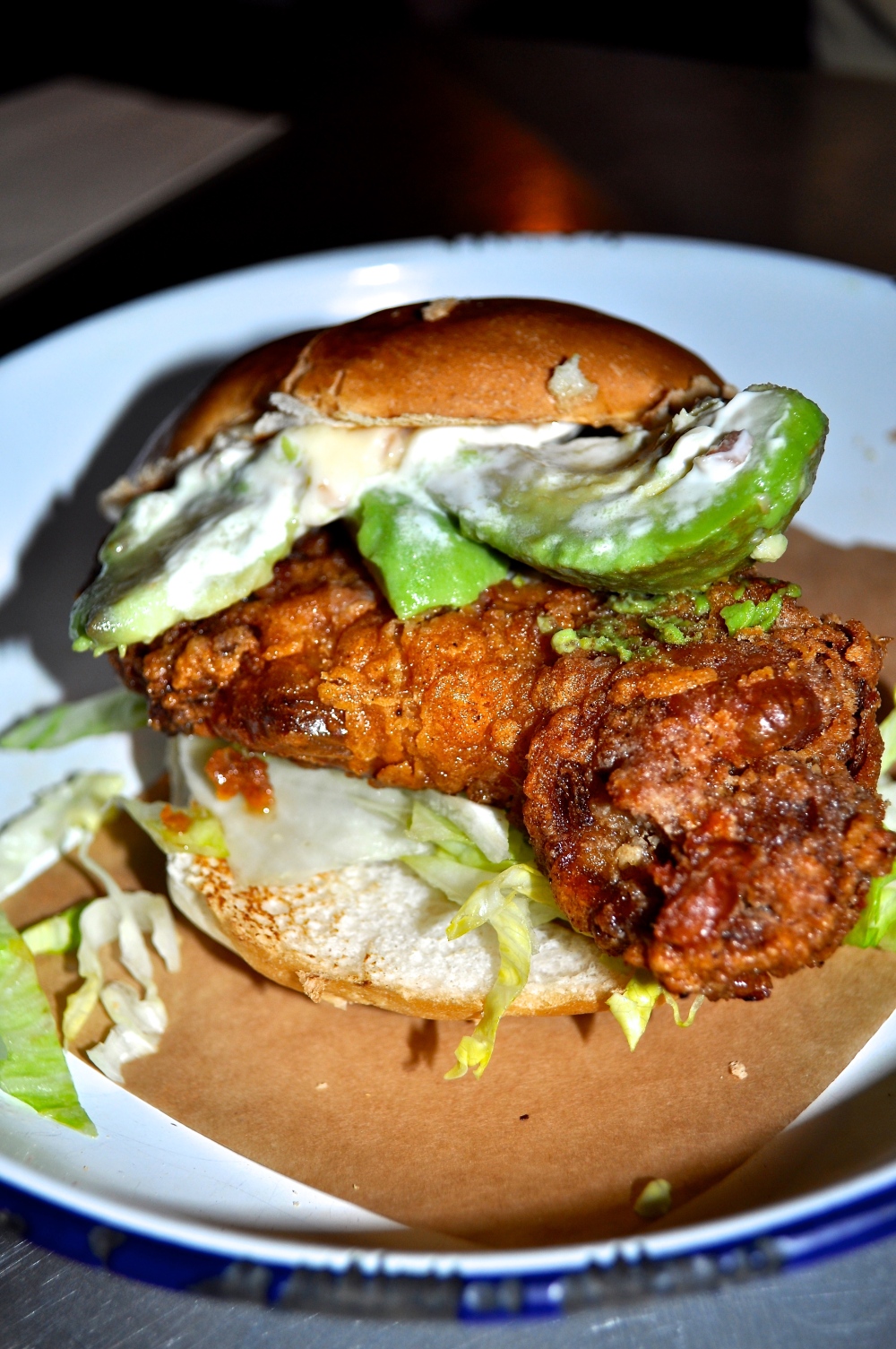 The side dishes we ordered are definitely worth a mention, one of them for being lip-smackingly and the other for being outright bizarre.  The mac ‘n’ cheese was so gloriously cheesey, and I’m happy to report that it actually tasted of CHEESE!  That might sound weird, but have you never noticed how in some places they use mozzarella or some other type of mild cheese and you don’t get a very strong cheese flavour? Well not here, folks!  The cheese tasted rich, mature and worked perfectly over the nicely cooked macaroni it was suffocating. 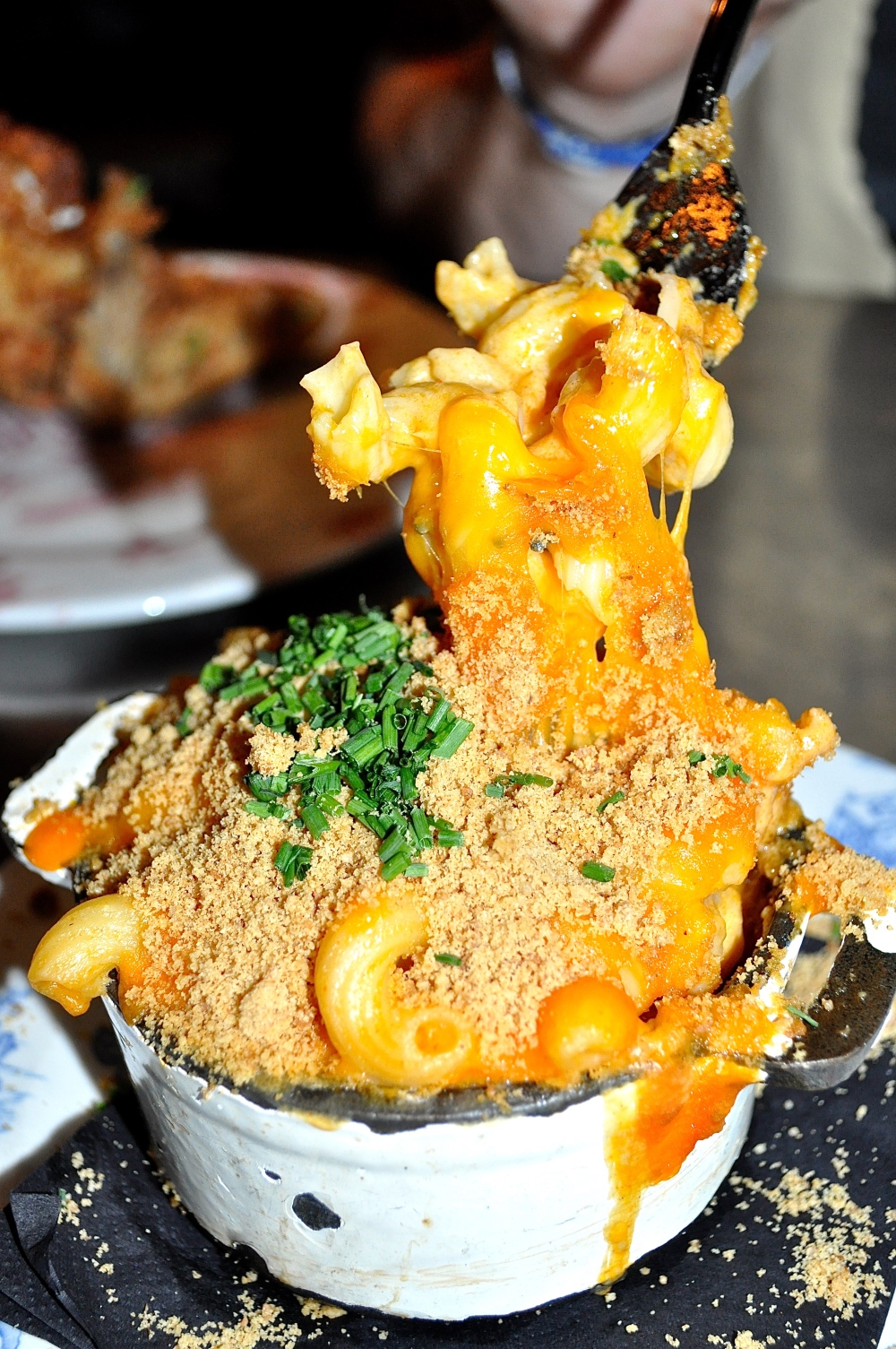 The sweet potato casserole with pecans and marshmallows on the other hand? Yeah, no.  Obviously a very Instagrammable dish (which will always make the foodstagrammers come flocking in their hundreds, myself included), but snapping this dish was about as far as the appeal went.  Putting marshmallows on top of sweet potato is just sweetness overload for me I’m afraid, and after one mouthful I had had enough.  Get it for the gram, not the gasm. 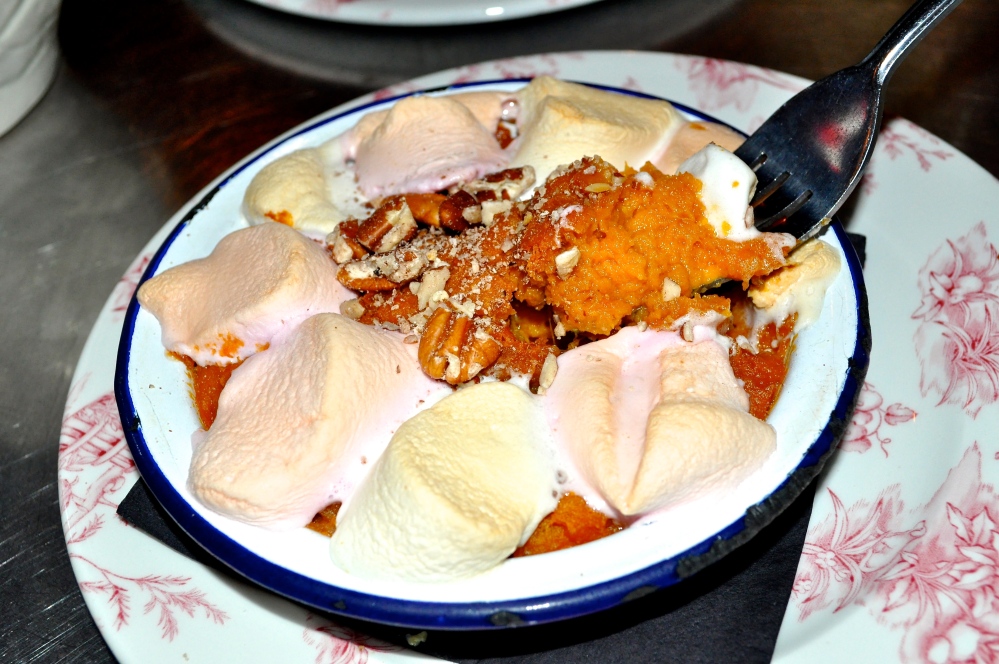 Speaking of sweet dishes, let’s get to talking about ones that actually work: desserts.  We tucked into Joe’s ice cream sundae (salted caramel ice cream, chocolate brownie pieces, hazelnuts, Mars bar sauce and a cherry to top it all off) and while it was nice, it wasn’t anything special to me.  There were a decent amount of chewy brownie pieces and hazelnuts which was good, but the Mars bar sauce kind of just tasted like milk chocolate sauce to me, and I wasn’t left feeling particularly inspired by the dish. 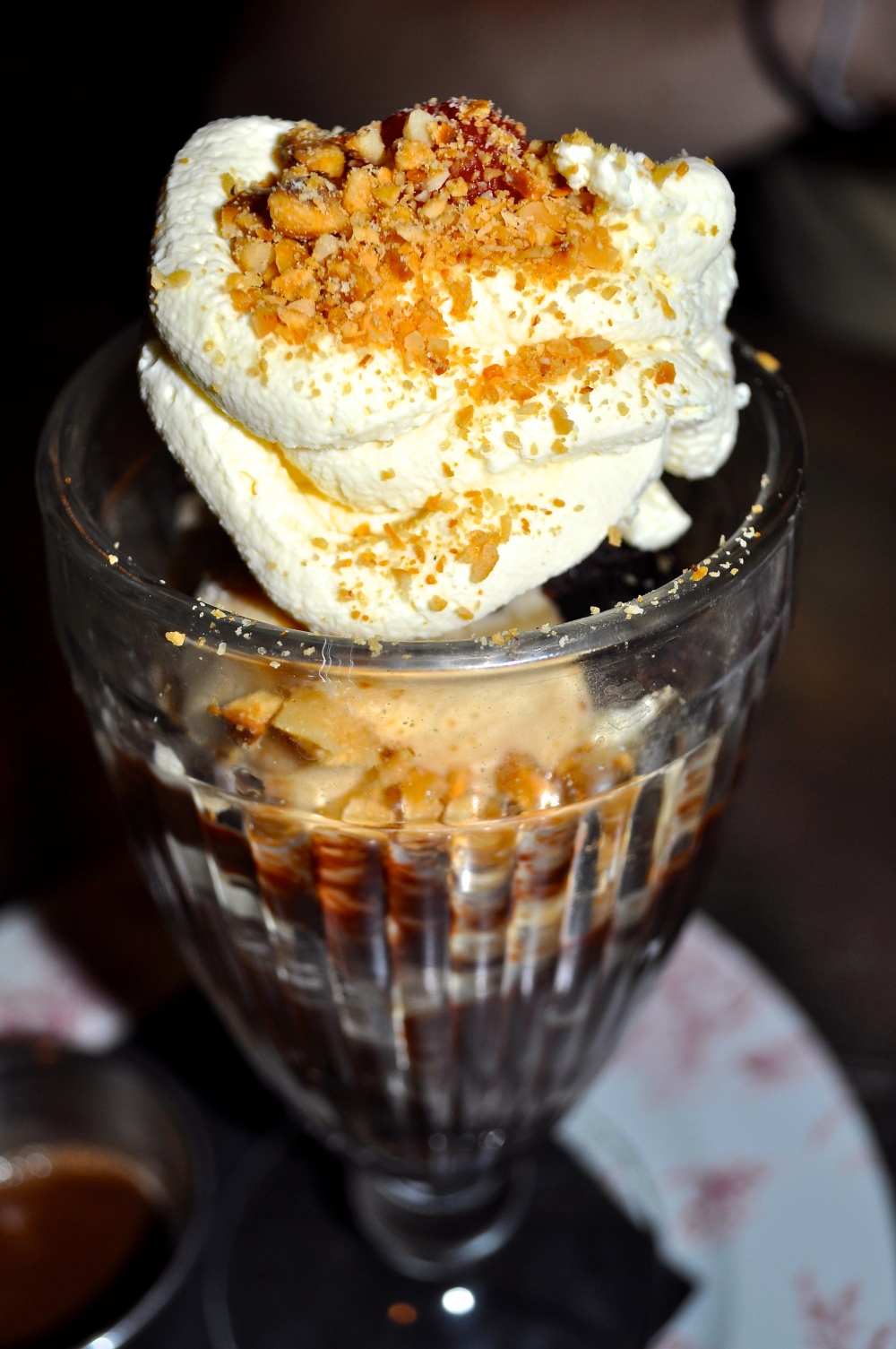 On the other hand, welcome to the stage, in all its shining glory: THE SKILLET BAKED TRIPLE CHOCOLATE COOKIE.  Sweet baby Jesus this thing hit every spot in my body and I couldn’t stop myself from scoffing it down, despite the copious amount of food we had just eaten.  The cookie dough, vanilla ice cream and chocolate fudge sauce were the most heavenly, sinfully delicious combination of sugar, cream, carbs and ecstasy, and my brain went wild imagining a whole bunch of different versions of this dish: can we please do a gingerbread spiced version of the cookie dough with cinnamon ice cream in winter?! 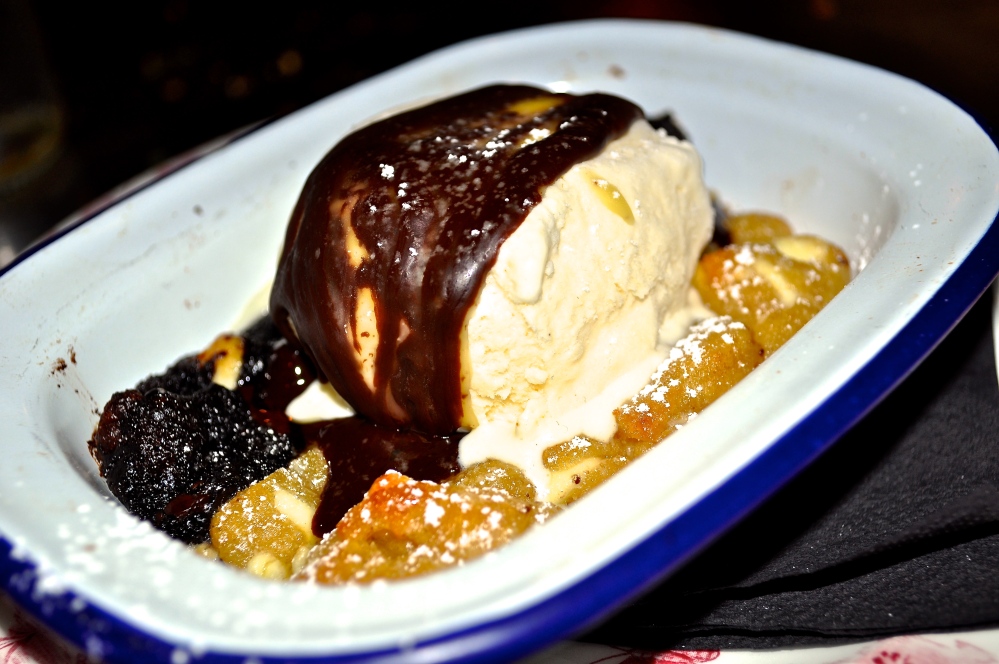 All in all, I would definitely hit up Joe’s Southern if you’re looking for a satisfying meal accompanied with whatever alcohol your heart desires by the looks of it!  I felt that the food was good value for money, especially in Covent Garden which is a money-making tourist trap in the heart of the West End, especially if you head there between 12pm and 4pm Monday to Friday, where you can get your hands on their Blue Plate Special:

How about that for a clucking good deal?!

Joe’s Southern is also available for collection, or for delivery through Deliveroo